Home > What we do > Habitat Improvement > Invasive Non-Native Species Management

South Cumbria Rivers Trust takes the issue of invasive non-native species very seriously. We are relatively lucky so far with the small number of freshwater and riparian plants and animal species that have arrived in the area. Those that we do have (Japanese knotweed, Himalayan balsam, Giant hogweed and American skunk cabbage), we run a number of control programmes for.

For those species that have not arrived to South Cumbria yet, it is incredibly important to prevent them from doing so. This is why we take biosecurity so seriously. Prevention is key – making sure that no species are introduced or spread between areas is a priority.

A bit of background about invasive non-native species…

Over 10,000 years ago following the Ice Age, plants and animals slowly colonised Britain coming from mainland Europe northwards. As sea levels rose, Britain was cut off from the European mainland and became an island. It is the species that had colonised Britain and established themselves during this period that we call native species.

Since then, humans have introduced many new species of animals and plants to Britain and these are called non-native species. Many of these are welcome additions to British biodiversity, however a minority do have serious negative impacts. These species spread causing damage to the environment, economy and health and are called invasive non-native species.

How they affect you

Whether you knew it or not, you are involved! If you are reading this, chances are you care.

South Cumbria’s unique freshwater environment is increasingly under threat from invasive non-native species. When they become established out of their native locations some species can cause severe and sometimes irreversible damage to the environment.

The way you live – invasive non-native species can have direct impacts on our health. Giant hogweed for example contains a photosynthetic venom which when touched caused blistering burns to the skin. Species such as Japanese knotweed and Himalayan balsam can also increase the possibility of flooding in highly infested areas.

Invasive non-native species are not a one off event. The longer we wait to do something about them, the more resources, time and effort it is going to take. You play a vital role in protecting Cumbria’s freshwater environments.

We in Cumbria love spending our time in and on the water. Protecting our freshwaters from invasive non-native species is something that we must all address as it is all our responsibility. Invasive non-native species can hitchhike on our equipment, clothing, dogs and boats. When we move to a new pond, stream or lake, the species are released and may become established and alter our waters dramatically.

We can all help to prevent the spread of freshwater hitchhikers by following a simple three step process every time we leave any pond, stream or lake…. CHECK, CLEAN and DRY.

The Cumbria Freshwater Invasive Non-Native Species (CFINNS) Initiative was a collaborative project funded by the Environment Agency, Natural England and DEFRA that ended in 2020. The work on invasive non-native species was a county-wide collaborative pilot project for freshwater and riparian invasive non-native species (INNS). The Initiative’s vision was to achieve a sustainable county-wide management framework that prevents the introduction of, detection, control and/or eradication of specified INNS throughout Cumbria. The CFINNS Initiative promoted awareness and management of Freshwater INNS issues; promoting biosecurity to training volunteers and co-ordinating removal of certain species.

The freshwater resources of Cumbria – its many tarns, lakes, rivers and becks – are of great ecological and economic significance. INNS have the potential to cause substantial damage to these fragile ecosystems so it is vital that we all take responsibility for protecting them.

Our work is funded and carried out in partnership with many organisations, including the Environment Agency, Natural England, the Lake District National Park (LDNP), National Trust (NT), and a significant number of local and not so local volunteers who are passionate about protecting our incredible South Lakes.

We are now working on a RAPID Life project creating a management plan for Invasive non-native species control and eradication.

Under the Animal and Plant Health Agencies (APHA) banner, RAPID life is a three-year EU Life funded project, aiming to deliver measures that will reduce the impact and spread of IAS (Invasive Alien Species) in freshwater aquatic, riparian and coastal environments across England; also may known as Invasive Non-Native species (INNS). The country has been split in to 5 regions and SCRT are covering the Midlands and the North.

Rebecca Corrie Close, our INNS officer, has been delivering workshops across the region, with fantastic feedback to date. 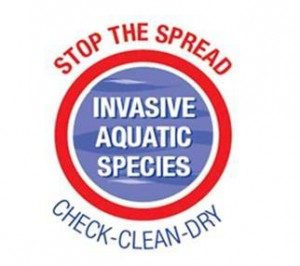