Home > What we do > Habitat Improvement > Bank Protection

Erosion of river banks is an entirely natural process and one that benefits river habitats through the supply of gravel for fish spawning and invertebrates.

A common problem in South Cumbria is exacerbated erosion caused by damage to the river banks e.g. from livestock entering the river, which causes excessive amounts of silt and sediment to enter the river. This erosion not only smothers the river bed gravels reducing the quality of the habitat but encourages the river to become over-widened (as the banks wash away) with reduced depths and flow rates of water. In these slow flowing, shallow areas, the river loses energy and further sediment/silts are able to settle out from the river water.

One of the Rivers Trust’s core activities is protecting the banks of rivers and streams from exacerbated erosion. This can be achieved through a variety of methods;

The installation of livestock fencing allows the movement and access of animals to the river to be restricted, therefore reducing damage to the river banks and preventing exacerbated erosion.

Reinforced livestock drinking bays: in many cases, the river is the only source of water in a field. Animals need to be able to drink so the installation of a ‘formal drinking point’ can often be a solution. Concrete railway sleepers can be used to create a solid ramp leading to the water: this allows the animals to drink but prevents damage to the banks. 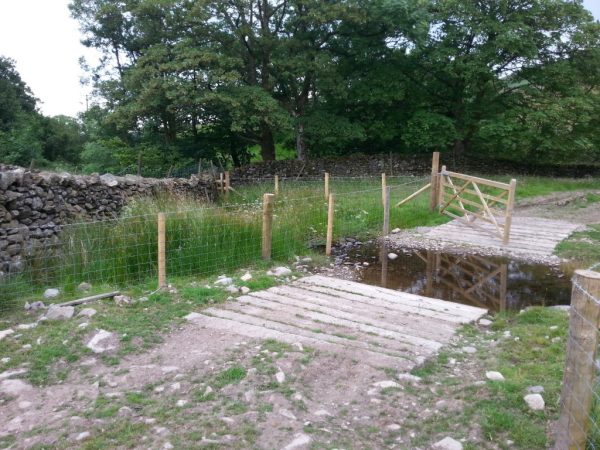 Another great way to prevent damage to the river bank is to exclude the livestock from the entire length of the river and use a solar powered pump to supply water from the river into a drinking trough. These pumps are very easy to install and can provide water for around 30 head of cattle. 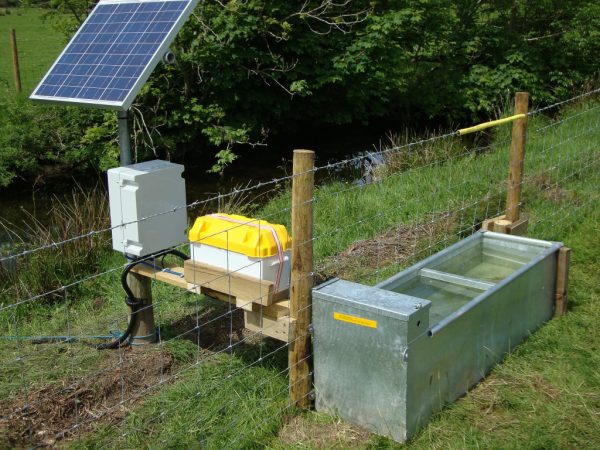 Sometimes, erosion of a river bank has become so severe following prolonged damage that it needs to be stabilised in order to encourage the regrowth of natural plants and grasses which help to bind to soil together. At SCRT we frequently use fascines (bundles of thin twigs which are left over after coppicing) to protect eroded banks. The fascines deflect flows away from the exposed earth and reduce scour. Additionally, water flow rates are reduced between the fascines which encourages deposition of silt which helps to rebuild the banks.

We also use live willow ‘whips’ to construct living bank protection. Freshly cut stems of willow can be hammered into the river bank and interwoven to create a protective barrier which will begin to root and grow.