Home > What we do > Completed Projects > Freshwater Pearl Mussels

Restoring freshwater mussel rivers in England: ‘Working together to reverse the decline of the freshwater pearl mussel’

The ‘Restoring Freshwater Mussel Rivers in England’ project was an exciting venture to save one of our most long-lived invertebrates from extinction; the freshwater pearl mussel (Margartifera margartifera).This species requires nutrient poor rivers in pristine condition with highly oxygenated gravels. It also has a fascinating life cycle involving salmonid fish species, which harbour the larvae (known as glochidia) on their gills.

It is protected under the EC Habitats Directive and is listed as critically endangered on the IUCN Red List of Threatened Species. This species has declined significantly throughout its entire range. Currently populations consist of a relatively small number of old individuals with no substantial evidence of recent recruitment.

The main causes of decline include:

South Cumbria Rivers Trust, along with three other partners in Devon, North Yorkshire and West Cumbria, have delivered catchment improvements and river restoration activities over the last 3 years as part of this project which was supported by Biffa Award. As lead partner, the Freshwater Biological Association have coordinated this work in conjunction with developing a reintroduction and monitoring strategy for juvenile mussels which have been reared as part of the FBA’s Freshwater Pearl Mussel Ark project.

Over the last 3 years we have managed catchment processes, physical habitat characteristics and water quality issues to deliver significant improvements to habitats in order to protect the remaining key populations of freshwater pearl mussels. Reintroduction of juvenile mussels to augment existing populations has yet to  take place, due to to their long maturation process. The project has meant engaging with landowners, tenants, the local community and other freshwater pearl mussel conservation projects in order to deliver these improvements and learn from other work being undertaken in other countries. 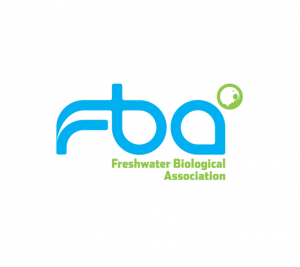