In 2017, the SCRT team took on a ‘green’ engineering bank protection project on the River Mint. This meant driving and fixing large tree stumps with attached root plates, known as ‘root wads’ into the river bank. This technique is used as the protruding root plates act as a means of dissipating the rivers energy, therefore reducing the erosive power of the river. 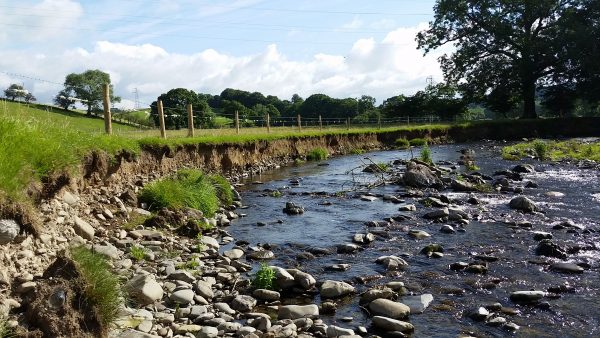 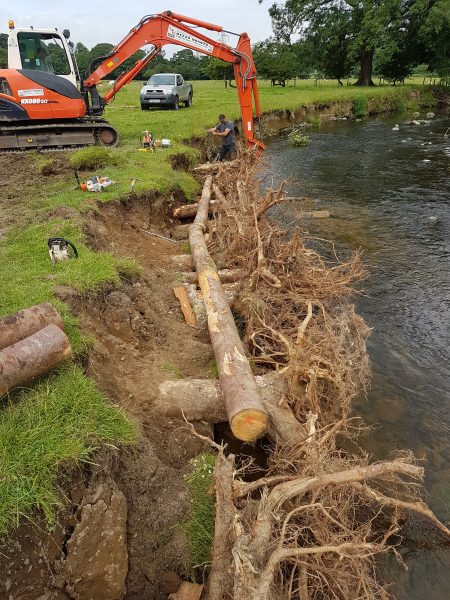 We have just completed this project by planting trees between the fencing and bank protection. Introducing a riparian buffer strip and planting trees will slow the flow of water and capture debris during high flows. As the trees grow and the roots become established, they will help stabilize the banking as well as creating new habitat for wildlife. 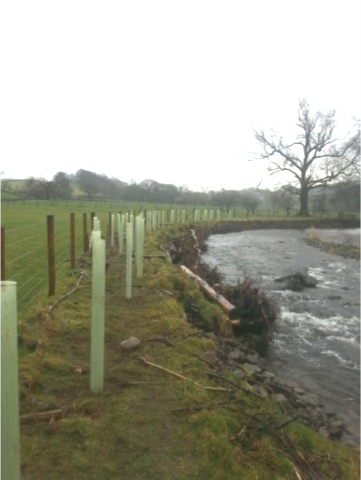