We are currently conducting a research trial alongside the Freshwater Biological Association (FBA) looking into juvenile habitats and the oxygen levels in the hyporheic zone. This is the region beneath and alongside a stream bed, where there is a mixture of shallow groundwater and surface water. Dissolved oxygen (DO) within the hyporheic (gravel interstitial spaces) zone is crucial to the survival of juvenile mussels which bury themselves under the surface of the gravel until they are sufficiently large to emerge and begin filter feeding.

The investigation will look at levels of both dissolved oxygen and redox potential in the hyporheic zone of experimental tanks at the FBA labs. The DO readings should tell us how much oxygen is available in the juvenile habitat, and the percentage that is lost between the water column and the substrate. If the data provided is accurate, these measurements can be used with confidence in the field to help locate sites for re-introduction. By comparing DO and redox potential, we should be able to see which is the better measure of this vital element in this habitat. 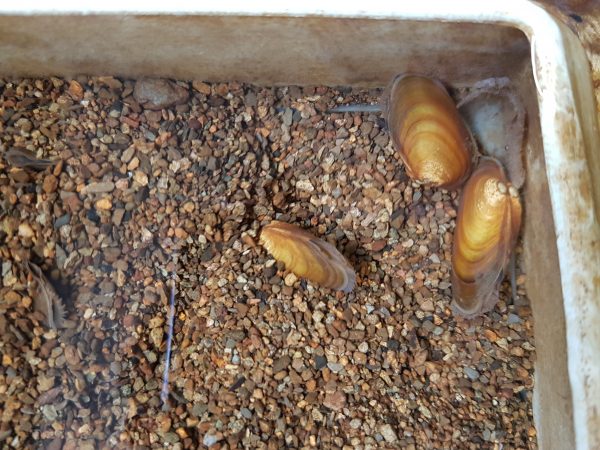