Home > About Us > Meet our team > Pete Evoy – Trust Director 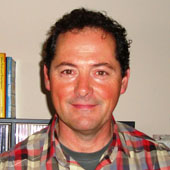 Pete joined South Cumbria Rivers Trust in the Autumn of 2010 following 17 years service as a Fisheries Officer with the National Rivers Authority and later the Environment Agency. He arrived in Cumbria in 1993 straight from Reaseheath College of Agriculture, Nantwich in his native county of Cheshire where he studied countryside management. He has worked within all the catchments of South Cumbria since this time and is well acquainted with the issues that face South Cumbria Rivers Trust. Pete is a keen outdoor man who loves where he lives and works. He is keen to help develop the work of the Trust and be involved in real improvements to the water environment of South Cumbria.